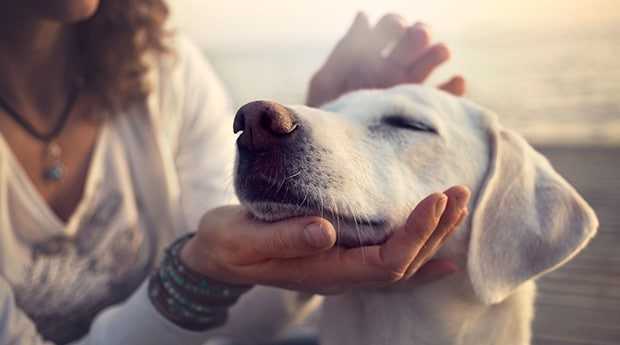 Immediate, in the moment feedback is the key to a pup skipping a grade or two in the school of advanced good-behaviour. In fact, dogs respond just the same to current feedback as us humans. Positive and current feedback–that is. So why don’t’ we use it all of the time? Using verbal praise effectively in dog training is extremely important.

Imagine for a moment that you were blindfolded and I was to ask you to navigate through an already familiar setting such as your regular supermarket with a list of items that you needed to quickly gather. Without any help.

Now imagine that although you were blindfolded, I would offer you feedback through word or sound to clue you in to on-coming people, carts, or even through the isles and the items that were in them. Which would be more effective in getting you to respond in the desired manner, and how much feedback would you want? Of course your answer would be: “A metric ton!” We should consider the value of positive immediate feedback in working with pups in the same way. If I let you stumble through the supermarket for 20 minutes before giving you feedback, you can imagine how ineffective the feedback would be. And, more than that, if I only said: “no, not that way” instead of telling you what TO do, you’d be almost as lost.

It’s true: dogs often receive feedback. However, it’s generally when they have done something wrong. We tend to use bad or negative feedback to tell our dogs when they have done something wrong, such as: “What did you do?!”, in that familiar low and grumbley tone. Sometimes even pain or fear are paired with the tone to send a message to the pup that they did wrong. It’s common that the immediate feedback is negative and that the good feedback generally happens after the fact or is expressed later during snuggle time, unrelated to the desired behaviour on the spot.

So, how do we change this?

The simplest example of common feedback that a dog often receives is leash-walking feedback. The pup is likely to be familiar with the “eh-eh” and a tug on the leash when they pull, but what about all those well-behaved steps they took while they were on the walk? Enter positive immediate feedback!

Chances are, you  are going to be walking a dog today. During the walk while the pup is walking nicely, sweet words of encouragement in a nice tone should be offered. Reward the pup with happy feedback as they offer good behaviour such as a well-paced walking or a simple look-up and acknowledgement to the walker. The beauty of positive feedback is that it can be given frequently. Pair a happy tone and excited voice with a tasty morsel and the pup will be well on his way to responsive good behaviour. With positive feedback and food rewards it’s easy to catch a dog being good–and reward the behaviour right then and there.

I’ve mentioned tone, but the energy and volume behind the positive feedback shouldn’t take a back seat. I often notice at first that when my clients are doing an exercise and they give praise and positive feedback, it’s generally always either muted or audibly non-existent. I often ask my client, “Why are you whispering, are you in a library?” As easy as it is to shout “no”, it should become easier to exclaim, “yes!”

Another place positive verbal feedback is wonderfully effective is during a “stay”. I’ve experienced new clients often asking their pup to sit and then have observed them back away saying “stay, Staaayyyy, STAY….”. Try having them say long slow praise words to give the pup info about what it is that they are doing right instead of repeating the stay cue. If the pup pops up from a “sit” or a “down”: pause the praising and correct their position. Stopping the praise can be a better way to let the pup know that they have made a mistake.

Fast food is usually unmemorable and lacks stimulation, while fine dining leaves memorable, impactful and exciting memories leaving us wanting more. In the same way that both are food but one is nutritious; so is the way we prepare and serve our praise and positive feedback. If the praise falls flat, the pup will have the same unmemorable, processed experience that fast food delivers instead of

the satisfying, nutritious and pleasing feeling that fine dining offers.

The effectiveness that pitch and tone have on informing a dog of the desired behaviour is often overlooked. In Patricia McConnell’s book, The Other End of the Leash, she describes cues such as the “mouth clicks” we make to have a horse

move faster and the slow and low “whooooaaa” that get an animal to slow down as universal sounds. Using universal sounds with your voice such as a slow: “gooood dog” for praise or a higher pitched and quick “pup-pup-pup” during a recall that matches the speed and cadence of your desired result for the specific behaviour works wonders.

Using verbal feedback as a reward in place of paying with a treat is also effective when working towards getting a behaviour to a place of maintenance or mastery. The verbal feedback allows the pup to receive positive reinforcement without having to always treat. The power of pairing an enthusiastic tone and pitch with the treat will soon condition the dog to understand the good job they’ve done, even when a treat is offered more randomly. For the pup, a happy voice is like holding their paw: they listen and pay attention and even get happy when they hear “Good boy”, or “Who’s my shnoopy-woopy??” Remember  if you don’t look a bit silly while delivering the positive verbal feedback, you’re doing it wrong!

The Cliff Notes for Solid Behavior: