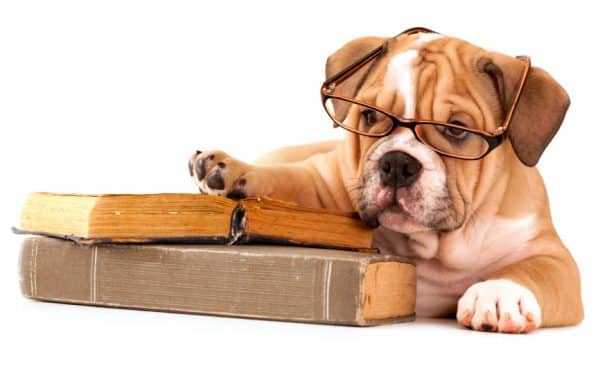 Back-to-school time is upon us, and that means 1 thing: Relaxing, lazy routines are going bye-bye (at least, until next summer rolls around).

It’s time to start setting early alarms, packing school lunches and leaving the house quiet during the day. It’s also time to begin easing your dog into their own “back to school” routine.

You may be focused on the kids and getting them ready for this hectic time, but don’t leave your dog out of the mix when the big day comes. Try these tips to ensure your dog has the best experience possible once your family’s fall routine goes into full effect.

With your kids back in school, your dog will be losing their best friends during the day. Couple that with your own longer absences, and your pup could be going from months of constant interaction to long days being completely alone.

This transition is difficult for anyone, but it’s especially tough for dogs. After all, they don’t understand why you’re leaving them, and they don’t know if you’re coming back. They’ll likely be scared, worried or anxious.

Alleviate this by practicing your back-to-school routine several weeks before it actually starts:

Mimicking your back-to-school routine early allows your dog to gradually adjust to the change instead of making the switch cold turkey.

2. Plan extra exercise in the mornings and evenings.

Leaving your dog home alone during the day doesn’t just mean less interaction, it also means less exercise. Whether the consequence of that is weight gain or destructive behavior, you want to avoid it at all cost.

Just like you, your dog needs physical activity and exercise to stay healthy. They also need it to prevent boredom, which often leads to chewing or other bad behavior.

If you can’t walk your dog during the day, leave enough time in the mornings for 30 minutes of walking, jogging or playing. Once the kids are home in the afternoon, schedule another play session with them, either at home or at the dog park.

Remember, chewed-up furniture and unexplained accidents in the house are often signs of boredom. Before jumping the gun and blaming your dog, see if extra physical activity solves the problem.

3. Keep them mentally stimulated throughout the day.

There are several ways to keep your dog mentally engaged during the day, even when you’re not there.

Oh, boy. Some of these dogs aren’t too happy when their playmates go to school:

4. Stay calm when you leave and return.

Lastly, keep the dramatics to a minimum.

You and your kids will probably want to smother your pup with kisses when you leave home and return for the day. For their sake, hold off on the extra affection — it may trigger the dog’s anticipation of your departure. They might become anxious or adopt a whining or barking routine once you’re out the door. Going through the same motions when you return only further establishes how long you’ve been gone.

As hard as it might be, say a quick and calm goodbye in the morning. Once you’re home for the day, go about your normal routine before giving your dog all the love and attention they deserve. Set your bags down, get the homework out and let them outside first.

Set Up for Success!

We also recognize that you lead a busy life. It’s important that the training plan is customized to your life and that realistic goals are set to ensure a successful outcome. As much as I would love my dog to take the laundry out of the dryer for me, and have the knowledge to train this task, it is not something that I value enough to invest time and effort into at this point in time. To me, having a dog that comes when called, greets people and dogs politely, and walks on a loose leash are more important. But, if you prefer that your dog helps with laundry, we can help with that too!